Wisdom for a Wife’s Response

Jenny Speed shares the first in a series of six articles for wives whose husbands are unrepentant of moral failure.

[wpv-view name="series-block" slug=""] Through our counseling ministry, I have spoken with countless women about their family’s journey to moral freedom. They are all at different points in the process, and some of them are frustrated because there is a problem in their marriage and their husband is failing morally, but he is not moved to brokenness and repentance over his sin. He is not willing to change, and his wife wonders what she can do.

I often direct these women to read the Book of Esther and to see her life as an example to follow in this situation. Queen Esther was married to a very ungodly man. He was willing to allow her whole family to be destroyed. This situation is really what most of the women who ask this question are facing. They’re married to men who are living ungodly lives and who are willing to allow their family to be destroyed while they sit back and do nothing.

What could Esther do in this situation? Was she hopeless? Did she just sit back and hope that somehow God would change her husband’s heart? No, she devised a Godly plan of action. This solution didn’t come from worry and fret; it came from days of fasting and seeking God’s help. Esther sought God with all her heart and with an attitude of total surrender to God’s will, whatever the outcome.

Now, do I think that Esther didn’t worry at all? I’m sure that as a human being and as a woman who cared for her family, she did struggle with these feelings and concerns—but they didn’t prevail in her heart. Faith prevailed—a faith strong enough to carry out the plan that God gave her.

There are a number of things that Esther and her cousin Mordecai did in response to the situation that God used to bring freedom to their people. These are concepts that a wife should consider when responding to a husband who does ungodly things and when facing the needs of a family about to be destroyed.

← Gaining Freedom From Hidden Failure Fast and Seek the Lord → 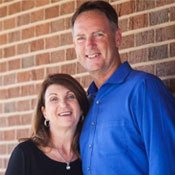